Do you mean the page load time for a single user, or the overall capacity/total concurrency? The two are very distinctly different - and not strictly related. It is entirely possible to have a fast store with limited capacity; or a slow store with lots of capacity.

So when addressing either type of performance:

You have to tackle each independently with their own solutions - especially since each have their own bottlenecks.

Lets make the assumption you are with a competent host that has already configured the server optimally for your store.

Is MySQL the bottleneck
No. Not directly. Its all about latency, in the majority of cases when testing page load time - only the caches will be hit. So the key here is to minimise latency.

But these changes will have such a fractional impact on page load time - where the bottleneck is really elsewhere.

The application is the bottleneck. Not the software. So merely improving core-code or making your template less heavy will have a far more dramatic effect on performance than ANY MySQL configuration change.

What wouldn't we bother with

Is MySQL the bottleneck
Maybe. But only once you've nailed your PHP performance and capacity to the point where MySQL is slowing things down. If you've got Varnish and FPC properly configured (don't get us started on how many failed attempts we've seen with either) - then MySQL does become a bottleneck.

So in addition to the above modifications.

What wouldn't we bother with

Hardware is easily the quickest answer when it comes to improvement, so I've deliberately not mentioned it above in both scenarios.

But all the software changes in the world aren't going to make any difference if your underlying hardware is insufficient. That could mean...

The ever moving target

Its worth mentioning that in the pursuit of performance, the bottleneck will always keep moving.

For a stock Magento store.

It pretty much becomes a case of rinse-wash repeat. But what is clear to understand is that MySQL certainly isn't the first port of call for optimisation - and really only comes into play when MySQL is consuming more CPU proportionally to PHP - and this ONLY ever happens when both FPC and Varnish are in use and the server(s) are purely processing orders and nothing much else (because everything else is in caches).

Simply adding a MySQL slave because you read us say above that it will help, can cost you performance and reliability on a huge level. A congested network, low spec slave server or even improper settings can cause replication problems that can render your store slower than it was to begin with - or cause synchronisation issues between the Master and Slave.

To put things into perspective - some real world examples.

We've used the following hardware to serve 300 orders per hour; and only at that tipping point - we then felt the need to add a dedicated MySQL server and a local MySQL slave.

During the entire time, load averages remained under 3.00.

Just two days ago, a new client of ours easily soaked up a big traffic spike. Processing 180 orders per hour with a single-server and Magento Community Edition.

During the entire time, load averages remained under 6.00. The load was higher in this scenario and that was down to a couple of factors.

And given the recency of this, we've still got the detailed statistics to give some feedback by means of graphs. These tell an excellent story of how load is distributed amongst the key components of a separated Magento architecture (load balancer, web server, db server etc. - using MageStack). 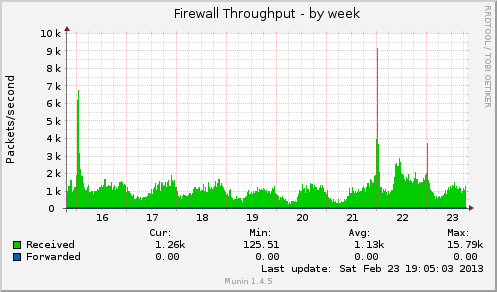 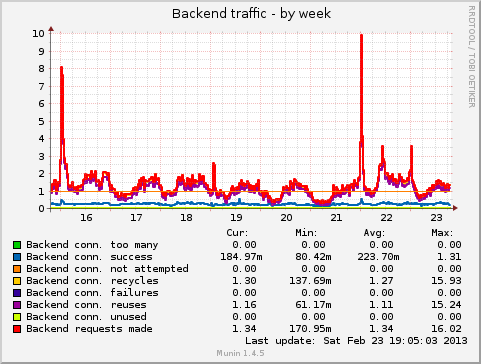 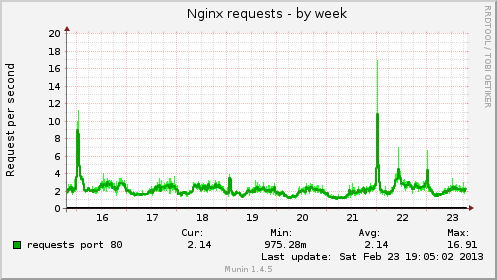 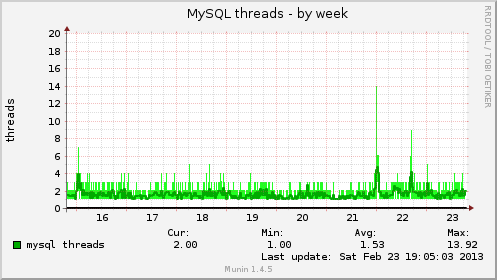 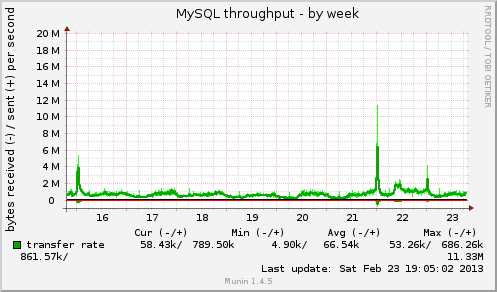 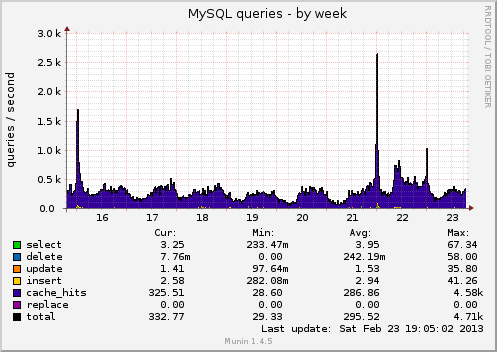 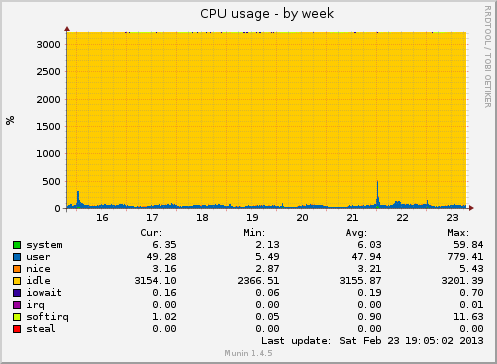 And most importantly, distribution of load

This image really tells it all. And it is that MySQL is certainly not a burden - not yet at least. So our advice, focus your performance concerns elsewhere, unless you are processing more than a few thousand orders per hour. 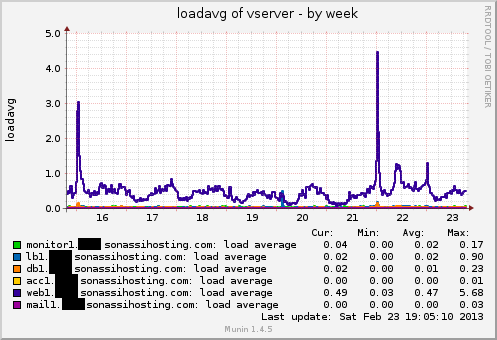 Making performance changes isn't "one size fits all". It is a case of analysing your current bottlenecks and making subtle changes/adjustments to suit your store and infrastructure.

Credit to wellgosh.com for allowing re-use of their server statistics.